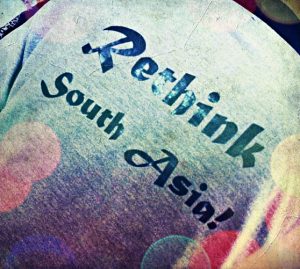 “I always knew there is something ‘wrong’ with Google. But the representation of Nepali ‘culture’ in digital spaces started becoming a major concern for me after I moved to the U.S.”

It happened on September 21, 2017, in my first semester in PhD program and during my second month in the U.S. I was waiting for the campus shuttle to get back to my apartment. Just then, a guy came up to me and started talking. After some casual exchanges, he asked,

I did not like it. I never do. I felt like he had to know Nepal without any further references. Then, I remembered that there are countries I don’t know either. Because “no one” talks about them. [The question here is also “who is/are “no one”?”].

And I said, “It’s in South Asia.”
“You mean Philippines?” He asked.
“Isn’t that a different country? Maybe you wanna Google Nepal,” I told him.

At this point, I just wanted to be done with this conversation.

I smiled and turned my head to the street, continuing to wait for bus. And right then, something even more dreadful occurred to me. I remembered what Google might say about Nepal aside from providing some tourist guide kind of thing. Earthquake? Flood? Chhaupadi system? Discrimination against women? Some local rituals? And so on. Well, all of these statements are true. Who is denying that? But is that all that’s true about Nepal? What about other multiple narratives that are easily overshadowed by the dominant and much disseminated algorithmic exotic or damaging narratives? Don’t I, you, she, he, they, it, we, that, this also exist? I feared that this man from the bus stop might Google Nepal and start feeling sorry for me the way I never felt. I might feel sorry for myself in many ways, but not in the way Google would prepare a ‘stranger’ to feel sorry for me.

I hastily turned towards the stranger and said, “Actually, I don’t recommend you Googling. Google doesn’t tell you much about the places you don’t know and wanna know more about.”

I knew he wouldn’t Google anyways. Perhaps, he did not even remember my country’s name anymore. But from then on, I knew that I would never again say, “Why don’t you Google Nepal?” to a stranger.

I always knew there is something ‘wrong’ with Google. But the representation of Nepali ‘culture’ in digital spaces started becoming a major concern for me after I moved to the U.S. It felt like postcolonialism and its debates started making much more sense to me after my move. People would already conclude things about me based on my skin color and the way I speak English in an “un-English” way. Why would or what makes someone conclude things about me in an absolute manner before even waiting to know me? What does it mean or why should it even mean something to be a Nepali woman, for instance? These questions are so pertinent to me after coming to the U.S. Why should it mean absolutely something to be someone from some place?